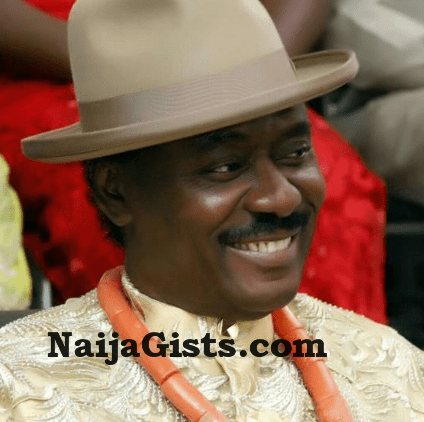 Every election year presents its own peculiar drama and dramatist personae. 2019 is no different in both the content and style of the campaigns, and true to type, Nigerian politicians never fail to surprise with their current brinkmanship on the political turf across the party divide. As expected, the manifestos are not issue-based. No distinct ideology and special message separate the parties; we see a rehash of old promises, most of which are carryover from 2015.

The worst culprits are the lawmakers whose chamber Rev. Chris okotie said should be scrapped in his article: “My charter for Restructuring Nigeria” published in this paper recently. The politicians have refused to change their old ways that keep failing the nation, instead they continue to overheat the polity, almost bringing the nation to boil with ill-tempered squabbles over zoning; endless litigation over nominations into elective offices and politically motivated murders across the nation. The parties are certainly not running on their record as they are relying on the power of pecuniary inducement to get into power.

While all these are going on, an unlikely voice came singing a new song which even professional politicians would find astonishing. And that voice is that of Rev. Chris Okotie, himself a contender for the presidency on three previous occasions. Lately, in various media write-ups, the reverend has taken a position which seemed at first to compromise his own long-standing quest for the Presidency. He says without any fear of contradiction that the PDP and APC should adopt him as joint consensus presidential candidate for 2019. The request must have rattled the power brokers as much as the perennial apologists.

Within every democratic setting, there are institutions enshrined in the constitution that guarantee joint participation, an all-embracing philosophy for the people so that democracy will take natural progression. Therefore, Okotie’s proposition for a Government of National Reconciliation and Reconstruction which he wants to head deserves to be examined. His desire to get the endorsement of the APC and PDP as their joint consensus presidential candidate to run the interim government is a pragmatic solution to the current triggers that have unsettled the polity.

No doubt, Nigeria’s present predicament calls for new building blocks. If we keep doing the same thing and expect a different result, that’s another name for insanity. One may be tempted to ask: which nation can develop under the scenario being enacted by our political class? Where is the interest of the Nigerian masses in all of these unfolding game of musical chairs? Therefore, we need a totally new paradigm as advocated by the pastor-politician in his well-articulated article, which is now popularly referred to as Okotie’s Charter for Restructuring Nigeria. 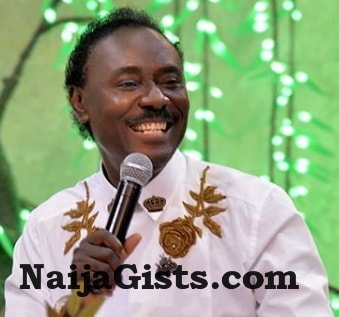 My main attraction for this proposition is the advocacy of what he calls “Aboriginal democracy” or home grown system of government and the kernel of this new government is the elimination of the National Assembly, Nigeria’s unofficial opposition and financial drain pipe. How does it work? Okotie gives an insight: “My mandate, therefore, will be to set up an interim government which I have christened GOVERNMENT OF NATIONAL RECONCILIATION AND RECONSTRUCTION as the mechanical instrumentality for the crystallization of the new Nigeria of our dreams. It would be predicated on a new concept of Aboriginal democracy. Our current democracy has been hijacked by elitism, mysticism and Satanism. Aboriginal democracy will focus on cultural historicity, evolutional modernity and global relativity as the necessary ingredients of our evolutional political indigenisation. Under this system, the current legislature would merge with the judiciary to create a unique judicature that administers justice and shares the enactment of legislative responsibilities with the Presidency. This would save us the huge cost of running the National Assembly and obviate all the paralysing debates that often stalled the passage of bills.”

A number of commentators have queried the modalities of this proposal but I find it truly innovative, practicable and realistic because it is cost effective as well as efficient, and less cumbersome. The uniqueness of Aboriginal democracy is in its all-inclusive structure and seamless operation within the context of our multi-ethnic and multi-religious diversity.

The other aspect of Rev Okotie’s article is his call for an interim national government of reconstruction and reconciliation. Indeed Reconstruction and Reconciliation are the two most important and urgent programmes on the national agenda of this country across regional and ethnic divide, and no one can dispute it.

A holistic programme of wholesale rebuilding of our national infrastructure would eliminate the perennial cry of marginalization and ethnic/religious hegemony. To deny that Nigeria’s development is not balanced is to stand logic on its head. Those who claim that project and infrastructural development are skewed in favour of a particular section of the nation cannot be dismissed out of hand. What is not in doubt also is the inability of the present generation of politicians to effect any meaningful resolution of the Nigeria question. Only a new man or woman can do it. To that extent also, I believe that the cerebral pastor-politician got it right.

He captured the image of the type of leader Nigeria needs post 2019: “I am fully persuaded that Nigeria needs a man who is credible, dependable and trustworthy. A God-fearing man who is embroidered with compassion and love for country. A man who will be readily accepted as a symbol of national unity, who can bring genuine reconciliation and guarantee peace and tranquility in our nation. A man who is completely insulated from the variegated conflicts that mark the antecedents of our major political actors. A man who can apply the principles of malice towards none and charity for all; who can invoke a Pan-Nigerian philosophy that rejects the partisan provincialism of finger pointing at this time when Nigeria is threatened by existential adversaries. A man with the requisite intellectual capacity and moral perpendicularity”. I believe even cynical would agree with that.

About the author: David Omolade writes from Minna, Niger State.