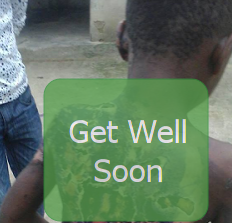 A man simply identified as Mr Aniete has been arrested for torturing the young boy pictured above.

Aniete allegedly poured a pot of boiling water on Daniel Edet Inyang on July 14 at Atan Akpan Udom area of Akwa Ibom State after accusing him of stealing his phone.

To the shock of everyone, the phone was later found in his tailoring shop, meaning he lied on the innocent boy. 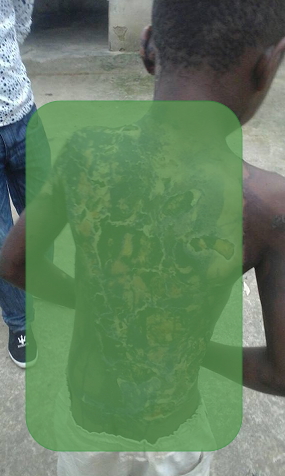 Daniel is the son of the suspect’s former girlfriend.