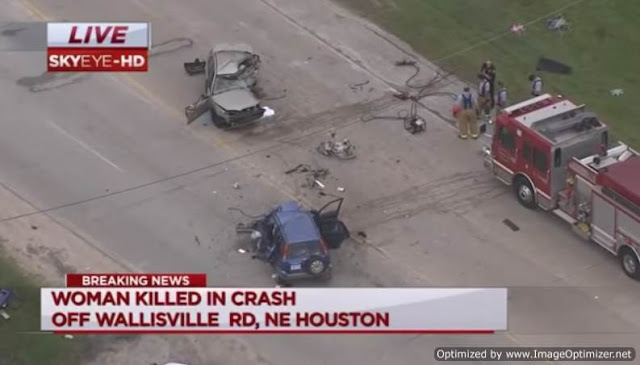 A woman died yesterday while giving her dear husband and his alleged mistress a hot chase on Wallisville Road in North East Houston Texas.

According to an eyewitness, the wife was pursuing her husband, who was in another vehicle with a female companion. The woman apparently lost control of her car and collided with another car head on.

Sadly, she died at the scene, and a man in the vehicle that was struck was airlifted to a nearby hospital.

The cheating husband and his mistress were unhurt.