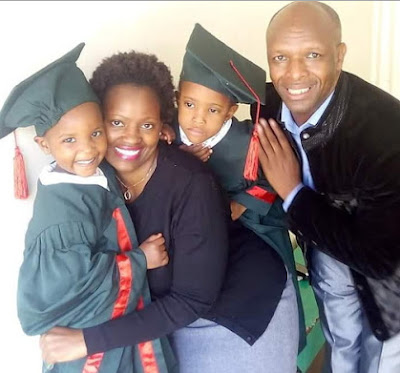 A Pastor Mrs has dragged her bishop husband to court for denying her sex which she says her left her with ‘very serious depression.’ Bishop George Kamunya, a Senior Pastor, Bishop and Apostle of Oasis of Grace Churches in Nairobi is being sued for divorce by his wife, Pastor Esther Kamunya.

In a case filed at the Milimani Commercial Court, the wife accuses Bishop Kamunya of cruelty and denying her conjugal rights which resulted in her sinking into “very serious depression, especially when she was in the family way.” Bishop Kamunya is also being accused of constantly hurling insults and curses on his estranged wife.

“The respondent in the utmost cruelty to the petitioner, never disclosed to her that he is not a ‘man of God’ as he confesses or professes to be, a fact that she really considered before accepting to marry the respondent. He basically was not the man the petitioner thought he was,” reads Pastor Esther Kamunya’s application.

She also alleges that the bishop “during the subsistence of their marriage, has been engaging in extra marital abnormalities, in total disregard to the marriage commitment he made to the petitioner.”

She further states in her application that the respondent has since the celebration of the marriage persistently and without disregard to the petitioner, had several extramarital relationships with several other women causing her a lot of physical, psychological, mental and emotional anguish. Esther also accuses the bishop of flirting with other women, and denying that their children, two minor girls are not his.

The Bishop, when contacted by The Nairobian said he can’t talk about the child custody matter or impending divorce case since the matter is in court. “I am a man, and I have really suffered in this relationship. I am not one to air my problems to the world, but my brother, I have suffered,”

“I have been staying with my children ever since their mother initiated divorce proceedings. She is the one who left her marital home, and her children. She deserted us. After staying out there for a while, she decided to sue me for upkeep and custody of the children,” the bishop said.
.
Bishop Kamunya told The Nairobian that in the course of the divorce proceedings, he has been arrested and spent a night in police cells over malicious allegations his wife reported to the police. “I was even taken to court and charged but the case couldn’t proceed because the DPP realized there was nothing to charge me with. I have suffered for so long, and can’t start telling the whole world the trials I have gone through. Only the bible has kept me strong.”