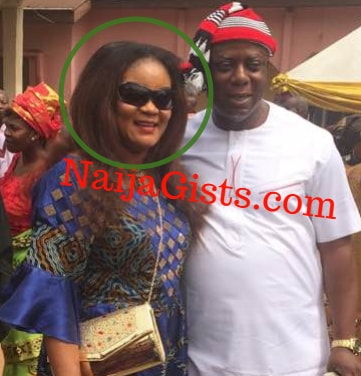 Gunmen suspected to be kidnappers have abducted the wife of the late Divisional Police Officer (DPO) in charge of Rumuolumeni Police Station in Obio/Akpor Local Government Area of Rivers State, Kingsley Chukwueggu, a Superintendent of Police (SP).

Although the state police command could not confirm the news last night, but a senior police officer, who spoke in confidence, said her whereabouts were unknown.

The family source said Mrs Chukwueggu’s abductors had not established contacts with anyone.

Chukwugeggu was shot dead by suspected robbers on April 9 as he was returning from his home town in Imo State to Port Harcourt, the Rivers State capital.

His killers were later arrested and paraded by the state police command.

Bus Driver Who Hit LASTMA Officer And Fled To Ghana Dragged Back To Lagos By Boss
Tramadol Overdose Kills Kidnapper In Owo Ondo State: Kidnap Suspect Who Slipped Into Coma After Arrest Dies In Hospital