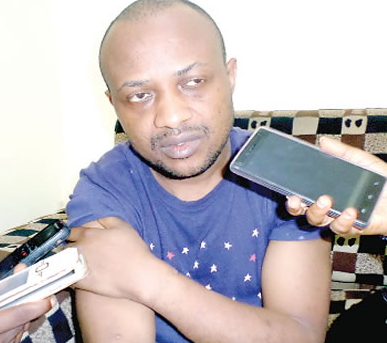 The parents and wife of billionaire kidnapper Chukwudumeme Onwuamadike are now demanding to see him as a means to douse their fears that he may be dead after all.

Saturday Sun had last weekend reported exclusively how Evans was moved out of his Lagos police command cell at midnight and driven to Abuja by about 30 heavily armed policemen. Though the police initially kept quiet following enquiries about the suspect’s whereabouts, they however officially confirmed our report the following day, that Evans had indeed been removed discreetly from Lagos to Abuja for further investigation.

Following the clandestine movement and the furore generated, Evans family is now expressing doubts on whether he’s still alive and as a result demanding to see him while accusing the police of deceiving the public by dishing out mischievous and misleading information instead of carrying out thorough investigation on the suspect’s alleged misdeeds.

Their lawyer, Olukoya Ogungbeje, who said he has a written brief from the family to represent them in the matter told Saturday Sun that latest efforts being made by Evans’ wife, children and parents to see him to be sure he is still alive are being thwarted by the police. A member of the family based in the Southeast who pleaded anonymity for safety reasons said “We are scared something terrible may have happened to him because of the way police has handled this matter so far especially the way his movement from Lagos was shrouded in secrecy. How would we have known if not your paper (Saturday Sun) which exposed the move in your report last weekend?”

The family member further said that “from our own investigation, we learnt he was first dumped in an underground cell at the force headquarters in Abuja. Though we have also heard that he has been moved to a secret location believed to be the FCID cell in Garki area of Abuja, we are yet to confirm that or his exact location and wellbeing as we speak.”

Speaking with Saturday Sun, Ogungbeje said the police went to obtain a court order to detain Evans for three months after he had already instituted a court action against his detention.

“The police are not telling the truth. Why have they not published the court order they claimed to have got? Let them name the judge. They are only misinforming the public. They are not bold enough to publish the order. In short, they don’t have it.

“The police have been mischievous. There is more to it than meet the eye. The matter is in court and we should allow the court to handle the case and wait for the outcome of the matter”.

According to him, all the media attacks to stop him from representing Evans and his family cannot stand, while he urged the police to do a thorough job in accordance with the constitution, saying that, “we are not saying that we want to ensure that our client escapes justice at all costs. What we are saying is that we were given letter of representation and properly briefed and we have the claim to represent him within the confines of the law.

While saying that the police are resorting to crude tactics because they know they don’t have any evidence to press charges against Evans, the lawyer challenged them to charge him and see how flat their case will fall.

“He has been moved to Abuja. Someone that we did not have access to while in Lagos Police Command, how do you think that we will be able to access him in Abuja? The police keep on brainwashing him, they keep on threatening him, they keep on deceiving him. Take him to court, that is what the law says”.

On Evans family next line of action, he said, “we will bring the necessary application for the court to compel the police to produce Evans in court at the next adjourned date”.[Saturday Sun]