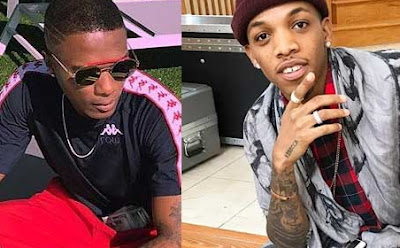 Nov 18, 2017 – How Wizkid Manager, Sunday Are Punched Tekno During Concert In Dubai After He Accused Him Of Being Rude For Greeting Him With Handshake

Sources in Dubai have debunked the rumoured fight between top rivals Davido and Wizkid.

According to a report by NET, eyewitnesses on ground in Dubai have revealed the cause of fracas that allegedly happened between pop stars Davido and Wizkid after Thursday’s One Africa Music Fest Concert in Dubai- and it has nothing to do with the simmering beef between the two of them.

The fight happened as a result of an assault on Tekno by Wizkid’s long-term manager, Sunday Are. Reliable sources have confirmed to NET that after Tekno’s performance, he went backstage and saw Wizkid’s camp.

Recall that although it had initially seemed as though the singer took sides with Davido against Wizkid, the two of them collaborated on the freshly released Mama. Tekno then went over to greet them and stretched his hand to shake hands with Are. 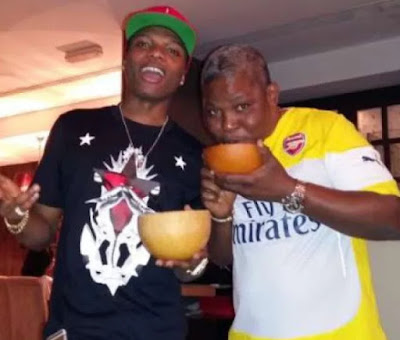 The elderly man took offence at the ‘disrespect’ shown by Tekno and reacted by punching him.

‘Sunday Are was annoyed that a small boy like Tekno can be so rude to shake hands with him instead of bowing down or prostrating’, our source who chose to be anonymous said. ‘He didn’t even calm down, he just punched Tekno and pushed him.

Immediately the backstage area erupted as people around Wizkid gathered round Tekno and threatened to beat him up further. By this time Davido was on stage and the fracas spilled over outside. As soon as Davido was done and he heard what happened, he rushed towards the scene with his people.’

Our source further said that the organizers were disappointed that Sunday Are who has managed several artistes in the past could make such a move, knowing the tension already in the air.

Davido on his part had always been friendly with Tekno and after the things calmed down, tweeted his support for him, declaring that no one would ever touch him again.

Several video clips had shown up online that suggested that Wizkid and Davido may have come to blow.

This report tells otherwise: although the pop stars do not exactly like each other, things have not degenerated into physical altercations.

However, it remains to be seen if Baba Are would apologize for his (alleged) rash reaction to Tekno.

On the other hand, Tekno has been prevailed on by Ubi Franklin, Paul Okoye and others not to react to the matter on social media.