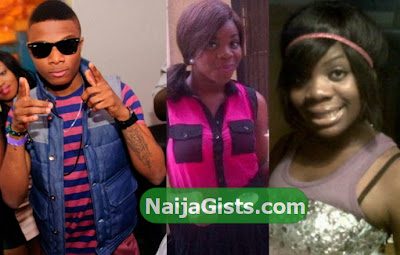 The mother of singer Wizkid‘s little son Boluwatife, Oluwanishola Ogudugu, a graduate of Houdegbe North American university in Cotonou,Benin Republic has moved on months after being dumped by the singer.

We learnt Shola met Wizkid few years back after a concert he staged at her school.

One thing led to another, she got pregnant before things finally fell apart.

Shola lives with her wealthy parent in Magodo estate.

As we speak, the beautiful babe is about to round off her NYSC service in Lagos.

She gave birth to Boluwatife over a year ago.

Though Wizkid denied the paternity of the child but DNA test proved him wrong.

Shola has since moved on with a new guy who works with an ISP in Lagos.

Wizkid on the other hand has found love in the hand of Omotani, a girl from a wealthy US-based family.