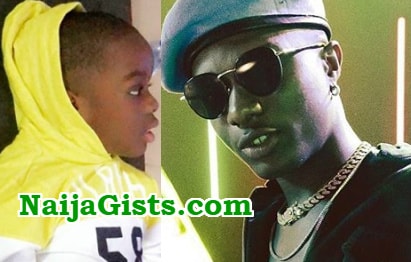 Before Jada Pollock forced himself into Wizkid’s life, the singer used to celebrate Boluwatife every week but now he does it once every 2 months.

As at the time of this report, Wizkid seems to dedicate most of his time to celebrate his last child, Zion.

His first baby mama Shola Ogudu has also called him an irresponsible father on the social media for allegedly abandoning Boluwatife.