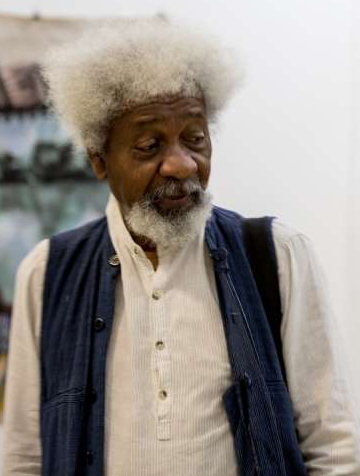 December 1, 2016 – Wole Soyinka Throws Away US Green Card, Relocates To Nigeria Over Donald Trump’s Presidency “I Have Had Enough”

Nigerian Nobel Laureate Professor Wole Soyinka who promised to tear his American Green card on the 20th of January 2017 (Donald Trump’s inauguration day) seems to be running out of patience.

At an education conference that held at the University of Johannesburg in South Africa, the Octogenarian told reporters that he threw away his US Green card when he relocated to Nigeria last month.

The famous writer was said to have recently completed a term as scholar-in-residence at New York University’s Institute of African American Affairs before pulling out abruptly over Republican Presidential candidate Donald Trump’s victory and his threat on immigrants.