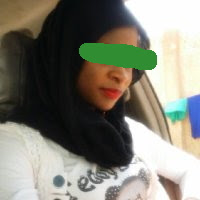 December 19, 2017 – Woman Forced Into Marriage Against Her Wish Attacks Husband As He Attempts To Sleep With Her In Sokoto

A newly married woman identified as Shafa Muhammad has been arrested after she attacked her husband.

The 28-year-old newly married bride attacked her husband in Wamakko LGA of Sokoto state on Saturday the 16th of December after he went into her room to consummate the marriage.

In the process, Shafa took out a razor blade and used it to attack her husband on the forehead.

45-year-old Umar Shehu sustained serious forehead wounds and was rushed to the husband where he was later treated and discharged.

His unhappy wife is currently in Police detention.