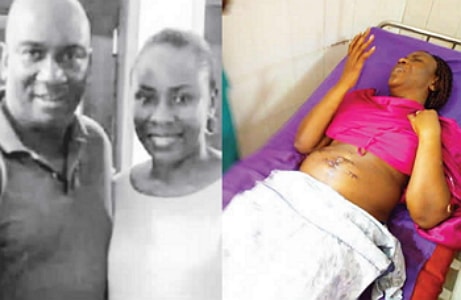 A childless woman briefly lost her sanity in the early hours of today Thursday May 3rd 2018 before killing her husband.

The suspect currently in police custody allegedly threatened to kill her husband hours before the murder only for her to  fulfill the promise in the early hours of today. 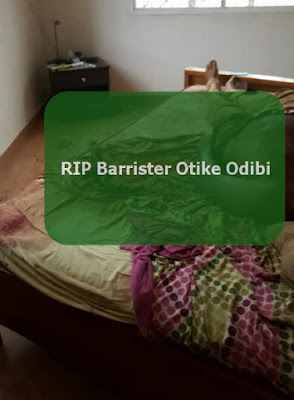 Sadly after stabbing him to death, she went ahead to use the knife to chop off his manhood and placed it in his right hand.

Police invaded their home as she was trying to commit suicide.

The only child of the deceased (from his previous marriage) is currently schooling in the United Kingdom.

His marriage of 3  years didn’t produce any child.

A night before he was murdered, Mr Odibi called his neighbour, mother and younger sister to alert them of the death threat he’s receiving from his wife… Sadly, they all woke up to the news of his murder today. 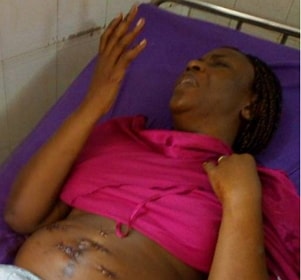 A social media source said the deceased reportedly impregnated one of their colleagues weeks before his wife murdered him.