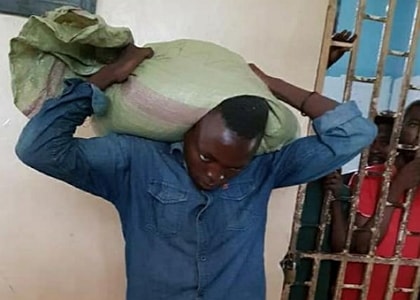 This looks like a typical Nollywood movie story but it happened in real life in far away Tanzania, East Africa.

The man identified as Frank Buhet reportedly stole the above sack from a defenseless old woman who allegedly placed a curse on him.

On getting to his home, the sack refused to come off his head. All effort Frank put in to get the load off his head failed.

In a desperate attempt to free himself from the stolen sack which has now turned into a burden, he walked into a police station where he appealed to officers on duty to help him track down the old woman he stole the sack from. 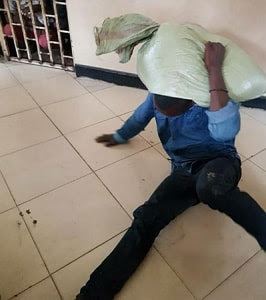 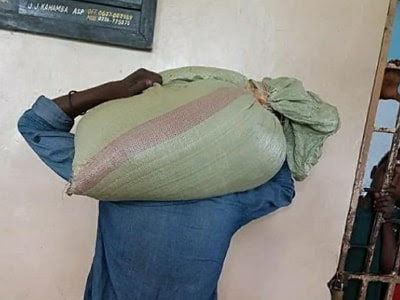 Video: Tanzanian Thief Surrenders To Police As Stolen Bag Of Corn Gets Stuck On His Head
Childless Lawyer, Jealous Wife Kills Cheating Husband In Lagos For Impregnating Another Woman