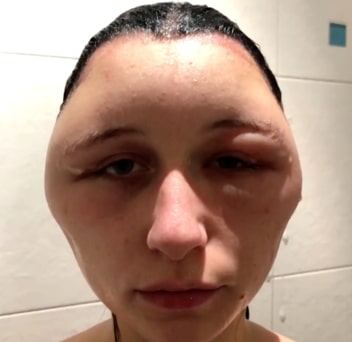 A young woman is speaking out to warn others after she says she almost died following a severe allergic reaction to DIY hair dye.

Nineteen-year-old Estelle, a student from Paris, has shared a number of horrifying photos of herself after her head almost doubled in size and she was left fighting for breath due to the extreme reaction.

She says that she had a reaction to a home hair dye kit which contained a chemical called paraphenylenediamine also known as PPD. The chemical is found in a large number of hair dyes.

Speaking to Le Parisien, Estelle says she bought the hair dye at a local supermarket and followed the instructions inside.

However, she does admit that rather carrying out the patch test for 48-hours, she waited just half an hour before putting the dye all over her head.

She told the news outlet that ‘almost immediately’ she knew something was wrong as her scalp began to tingle and feel irritated. 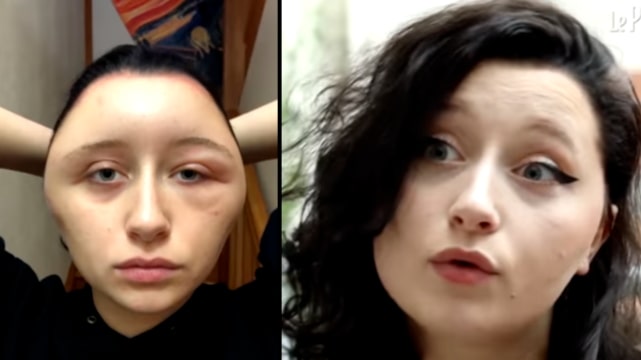 Things quickly got worse for Estelle when her scalp began to swell, but after taking on-board medical advice from a pharmacist, she took some antihistamines and applied a cream before going to bed.

However, the following morning she woke up worse than ever and caught sight of her swollen head, that ended up measuring an eye-watering 63cm.

Estelle says she had previously experienced a ‘mild reaction’ to a different hair dye, which is why she carried out a patch test – albeit a short one – this time round.

Despite not following the instructions to the letter, her mum is now hoping that Estelle’s case will raise awareness about the dangers of hair dye. 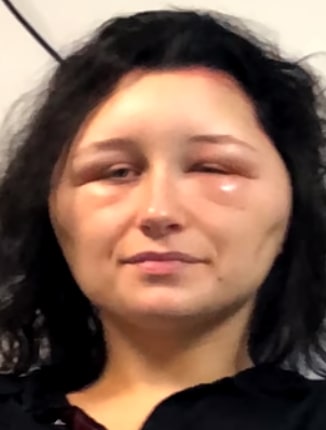 Her mum told the newspaper: “It’s true that she didn’t follow the instructions word for word, but the warning has to be clearer.”

Estelle is also hoping that people will heed her warning, adding: “I almost died, I don’t want something similar to happen to other people.”

Thankfully, Estelle has been left with no lasting damage, but it’s unlikely she’ll risk dying her own hair again.