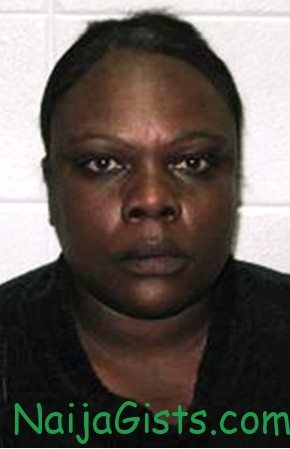 Josephine Jacob, a 58 year old woman has been arrested by Lagos State Police command for allegedly strangling her best friend, Mrs Margret Ndidi to death in her home at Shasha, Lagos. naijagists.com

According to report from credible sources, 59 year old Margret was killed by her best friend who claimed she snatched her lover 16 years ago.

We learnt the alleged criminal, Josephine went into Margret’s room at #19 Omo Olore st off Mosalashi bus stop in Sasha and strangled her to death while she was sleeping.

Josephine has been arrested and is now facing a murder charge.

Josephine and her now late friend had collapse marriage and they both became divorcees.

“ She has been blaming Margret for her condition because she snatched her lover 16 years ago,” a source said.

The two friends later become close and started living together in a 2-bedroom apartment.

Unknown to late Margret, Josephine was still nursing the pain and hadn’t forgiven her for snatching her lover 16 years ago.

Last month, Josephine allegedly went inside Margret’s room and chocked her to death.

When the woman died, she started shouting for neighbours to come and help her, saying that Margret had died on her bed.

After Margret was rushed to a hospital, a doctor certified her dead. But the hospital management discovered that her neck had bruises and wound. It was suspected that she was strangled.

The matter was reported at Shasha Police station and Josephine was arrested and detained.

The police preliminary investigation also revealed that she was strangled. The matter was transferred to SCID, Panti, Yaba and Josephine’s two daughters were also arrested.

She was charged to court for murder under Section 221 of the Criminal Code Law of Lagos State of Nigeria 2011.

She pleaded not guilty but her plea has been discarded.