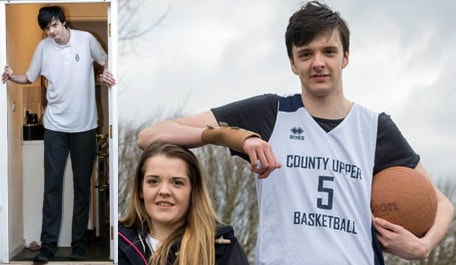 Doctors Investigate As Tallest Teenager In The World With Height 7 Feet 4 Inches, British Brandon Marshall Has Not Stopped Growing

Meet Brandon Marshall, a 16-year-old Briton named the tallest teenager in the world.

According to Doctors, Marshall who is 7ft 4inches has not stopped growing.

Brandon, a resident of Bury St Edmunds in Suffolk made headlines last year when he grew to 6ft 11 inches at the age of 15.

He was tested for Marfan syndrome , a rare genetic disorder but came out negative.

Brandon is currently under the genetics team at Addenbrooke’s hospital as they want to investigate into why he is reaching these dramatic heights. 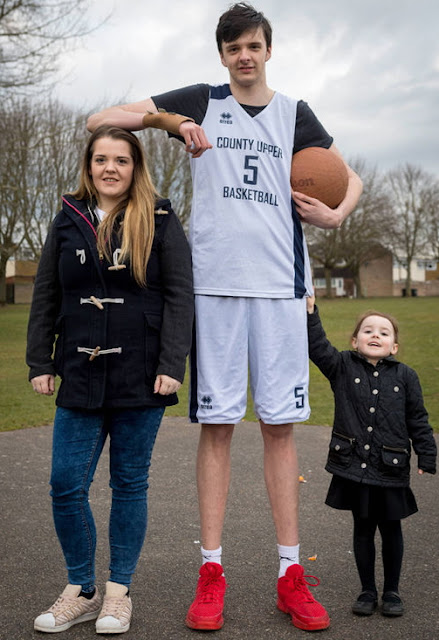