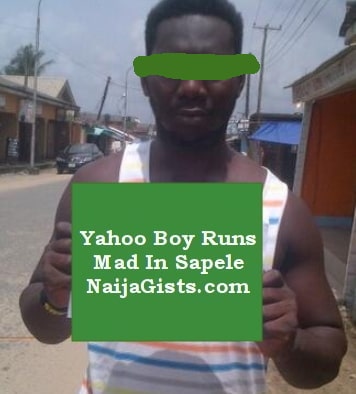 Here is the full story of a young man who ran mad in Sapele area of Delta state on Sunday as he was attempting to withdraw money from his bank account at a branch of the United Bank of Africa, UBA.

The suspected Yahoo Plus Boy aka Internet fraudster identified as Jeffrey Otite walked into an ATM machine and started exhibiting signs of insanity by yelling at the top of his voice around 6:30 am.

The drama which happened along Okpe Road in Sapele drew a mammoth crowd chanting Ghana Burger (Yahoo Boy) to the area.

Jeffrey was later held down by his friends who called his relatives to pick him up around 7:05 am.

The young man was taken to an unknown spiritualist in the town in a blue Toyota car.

A source who spoke on condition of anonymity at the UBA below said 28-year-old Jeffrey was accused of using his girlfriend, an undergraduate of Delta state University for money ritual.

His girlfriend reportedly bled to death while celebrating her birthday last week Tuesday . 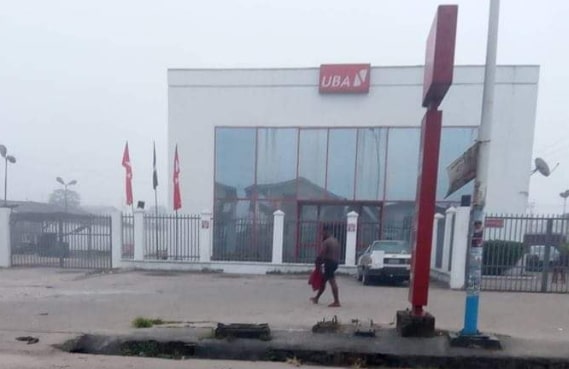 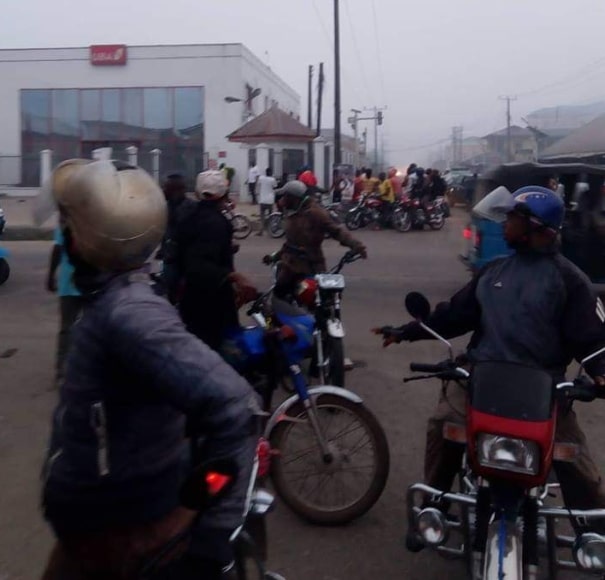