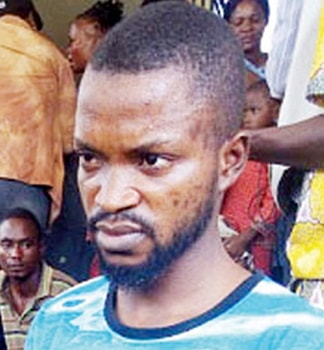 Seidu Adeyemi, the killer of former Ondo State deputy Governor’s daughter, Khadijat Oluboyo has been remanded in prison by an Akure Magistrates’ Court in Ondo state.

The deceased was a final year student of Adekunle Ajasin University (AAUA) Akugba-Akoko.

Seidu was remanded by Chief Magistrate Bob Manuel Victoria after he was arraigned by the police on a two-count charge of conspiracy and murder.

Police prosecutor Adebayo Mary told the court that since it was a murder case, the court had no jurisdiction over it and pleaded for his remand in prison.

Counsel to the suspect, Taiwo Gbadebo, did not object to the application.

Magistrate Bob Manuel ordered the remand of the suspect in Olokuta prison till August 23 for a review pending advice from the Director of Public Prosecution (DPP).

She directed the police to hand over original copies of his case file to the Ministry of Justice.

The case was adjourned till August 23.

The suspect who murdered  his girlfriend and slept with her corpse was exposed after the ghost of his victim informed his younger brother.