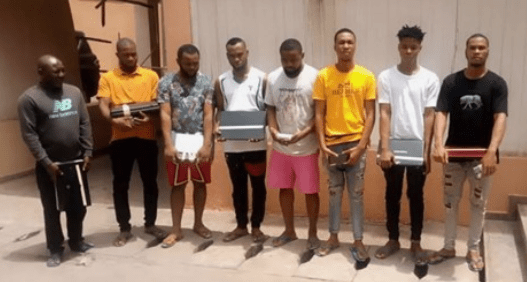 “They are among 23 persons apprehended in an early morning operation by the Commission on March 12, 2020. However after careful screening, eleven suspects were released.

“Preliminary investigation has established the involvement of the remaining 12 suspects in various internet scams ranging from love scam, Bitcoin fraud, identity theft, trading scam, among others.

“Items recovered from the suspects are 11 laptops, five android phones, four Nokia phones, one Techno phone, three WIFI, two modem and a wrist watch. The suspects will be charge to court as soon as investigation is concluded.”