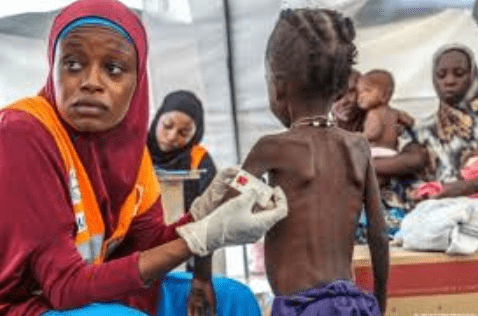 73 children have died as a result of malnutrition in the past six months, the Niger State Nutrition Officer, Asmau Mohammed has stated.

She said this at the High-level Advocacy and Policy Dialogue on the Nutrition Situation in Niger state on Monday.

Giving the profile of the Community based management of Acute Malnutrition (CMAM) Center in Niger state, she said that in the past six months, 2,899 children have been admitted with 1,370 discharged adding that the centre recorded 196 defaulters and 46 deaths.

On the seven Severe Acute Malnutrition (SAM) centres, Mohammed said that 234 children were admitted in the past six months with 163 discharged while 10 defaulted and 27 died.

The State Nutrition Officer further appealed for the establishment of more CMAM centres stressing that the only CMAM centre which is in Mariga is not adequate to cater to the malnutrition needs of the state.