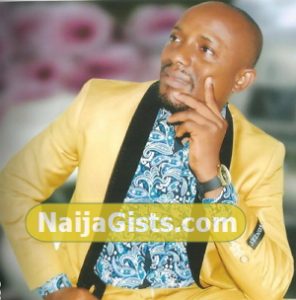 Meet Pastor Benjamin Ndieze, the founder of Deliverance Home of Comfort Assembly,  a church based in Owerri West LGA of Imo state.

The Pastor who uses fake prophecy syndicate to defraud members of his church was arrested few days ago after staging a fake kidnap scene at NNPC Filling station in Owerri.

Ndieze reportedly hired one Blessing Ahamefula from Abia state to hand over her 5 year old daughter, Faith to his church member, Emmanuel Onuoha. 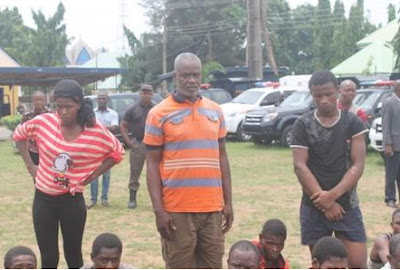 During service, Pastor Ndieze prophesied that a woman in his congregation whose daughter was kidnapped by her uncle will find the child.

He added that by the power given to him, he will order the kidnapper spiritually to drop the child at NNPC Control Post.

He then invited all his church members who wanted to witness the might power of God to follow him to the place to witness his power.

Sadly his plan backfired at the NNPC Filling station when his gullible church members were shouting kidnappers while others were calling him and his fake miracle syndicate cultists.

Police were invited to the chaotic scene when a member of the syndicate confessed to avoid jungle justice.

During the confession, Pastor Ndieze and others fled the scene. 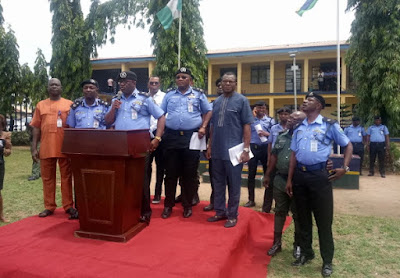 After investigation, police discovered that Ndieze is a fraudster who has defrauded his overzealous followers with fake prophecy. 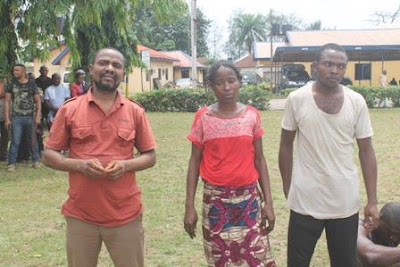 Pastor Ndieze and his fake miracle gang were  paraded today at the Imo State Police Command Headquarter in Owerri.

Do Not Be Afraid Of Change, Accept It Passionately!!!
Pastor Killed During Armed Robbery Operation In Delta State Disowned By His General Overseer