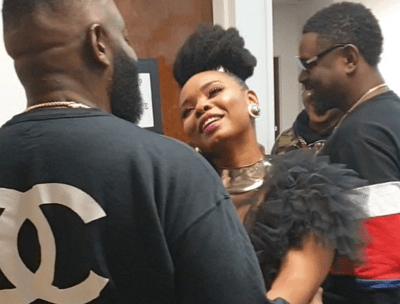 Fast rising Nigerian singer, Yemi Alade, has teamed up with American rapper Rick Ross on the remix to her hit music “Oh My Gosh.”

The singer before the release on Monday was dropping hints to keep the anticipation of her fans high.

The original version, produced by Nigerian record producer, DJ Coublon, was released in 2018. The video was also released same year, directed by Ovie.

The video for the remix which features the award-winning American rapper and former corrections officer in Florida was directed by Ryan Snyder.

The song will be featured on Yemi Alade’s album titled, ‘Woman Of Steel’, scheduled to be released later this year.