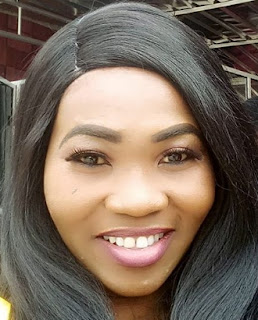 The actress who arrived Atlanta Georgia for Oodua Image award has been arrested in the US after her bank account was allegedly used for fraudulent bank transfer by some suspected scammers posing as promoters in Atlanta.

The actress who out of ignorance fell prey to some Nigerian criminals in Atlanta allowed her bank accounts to be used to transfer huge amount of money to Nigeria.

Sadly, when she arrived Atlanta for her birthday party, she was immediately arrested and placed under house arrest.

A source told NaijaGists.com exclusively that some foreign promoters contacted the actress to seek her permission to use her bank account to move funds which she agreed to, sadly,the deal that could have fetched her over 8.5million Naira backfired, leading to her arrest.

Her international passport has been seized as she remains under house arrest for credit card scam and bank transfer fraud.

Before her arrest, she was getting ready to shoot a movie but that has been put on hold as she battles to free herself from the long arm of the law.

In July, another Nollywood actress Lola Margaret was arrested in the US for credit card fraud.

Terrorists Kill 3, Injure 5 On Christmas Day In Benue
Yewande Adekoya Was Arrested In Atlanta US As Promoters Used Her Bank Accounts For Fraud