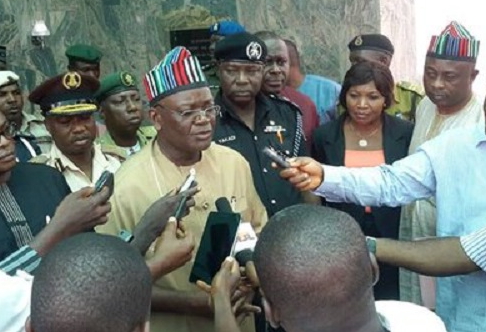 The attackers, who reportedly invaded the Utonkon community on the eve of Christmas, took the villagers who were busy preparing for the Yuletide unawares as they were said to have stormed the area on motorcycles and shot randomly killing three persons and injuring five others in the process.

According to sources from the area, the gunmen stormed the village at the time some members of the community were gathered to share the cow they had jointly bought for the Christmas celebration and the council chairperson, Mrs. Blessing Unogwu, was also distributing Christmas gifts to stakeholders in the area.

A witness, Egiri, said the gunmen numbering about five stormed the community on motorcycles at about 2pm and started shooting sporadically at the people who were busy sharing the meat they bought for the Christmas festivity. He said: “The people started scampering for safety while women and children were crying and running into nearby bushes to take cover but some persons were not so lucky as they were gunned down.

“As we speak, the injured have been rushed to the general hospital in Igumale while the Utonkon community has been thrown into mourning. The people are fleeing their homes to neighbouring villages for safety and for fear that the attackers may return and cause more havoc.