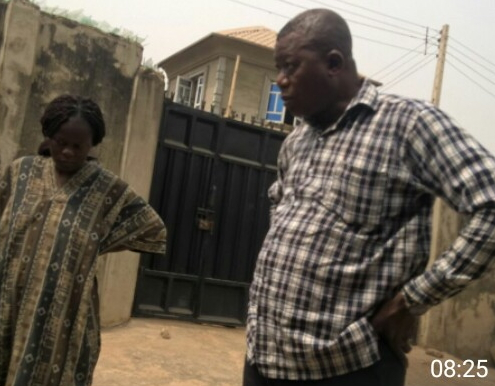 The case had a new twist yesterday when a defence witness said one of the prosecution witnesses, who was the landlord of the couple, admitted to him in private that he substituted the weapon used in the killing.

When the case came up again at the Oyo State High Court, Ring Road, the defence witness, Mr. Kayode Oloyede, who claimed to be a farmer, told the court that the landlord, Chief Adelodun Akinpelu, also disclosed to him that the murder was the second killing that had taken place in the house.

At the beginning of his testimony, Oloyede told the court that Akinpelu’s claim that he did not know one Michael Ogunlana, was not true, saying that Ogunlana was his (Oloyede) relative.

Oloyede said, “I had a meeting with my younger brother, Michael Lana (Ogunlana), sometime in October 2016, and during the meeting, there were persistent calls to his mobile phone from a certain number. I asked my brother to pick the call and it turned out to be Chief Akinpelu who told him to come over to his house at the Idi-Odan area of Ibadan. I went to his place with my brother and another man called Kanbi.

“Chief Akinpelu invited us to his residence while he told Kanbi to wait for us at his wife’s shop, because according to him, we were going to discuss a very important family issue.

“Chief Akinpelu later told Michael (Ogunlana) that he needed his advice over the murder case involving Yewande, who had been charged with murdering her husband. When Michael asked him what his concern with the matter was, he answered that the couple were his tenants and that the late victim fell and died at his doorsteps.

“He told us that when the late Lowo collapsed, he changed the knife that was used to stab his neck and that when the police came to the crime scene, he gave them a different knife, which he took from his house.

“Michael (Ogunlana) scolded him for tampering with evidence and that he ought to have left the knife and allowed the police to find it at the crime scene. He told my brother (Ogunlana) that he didn’t want to be a witness in court in the case and Michael advised him to tell his lawyer that he was insolvent and wouldn’t be able to pay his way to the court.”

Lowo’s family counsel, Mr. Abayomi Alliyu, objected to the account of the witness which he referred to as “hearsay.”

Presiding Justice Munta Abimbola, however, overruled him and told him that the rules of admissibility supported the accounts of the witness because he recounted an event that happened in his presence.

The second defence witness, James Oluwatuyi, of MTN, told the court that his company had been subpoenaed to produce the call logs made and received by two MTN numbers between October and November 2016.

Prosecution counsels, however, said they had yet to see the order, while the defence counsel prayed the court to adjourn the case till March 22, 2017 (today), so that necessary documents could be presented, which the justice granted.