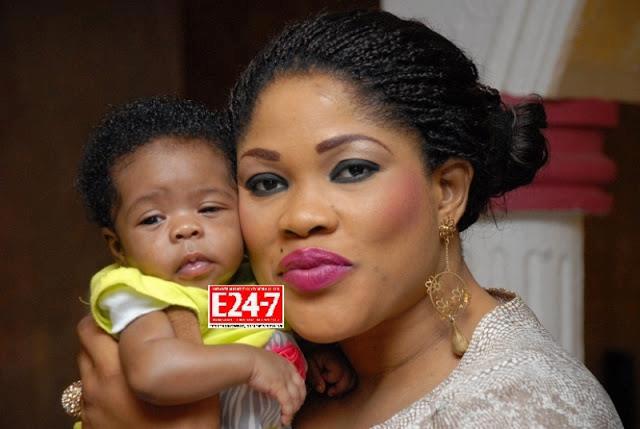 Nollywood Yoruba actress Bisi Ibidapo Obe who got into a messy paternity case with Hon Dino Melaye last year is in the news again.

In a tell-it-all interview with Kayode Aponmade, the actress spoke at length on her motherhood experience, her relationship with ex-lawmaker Dino Melaye and many other issues.

When did your romance with acting start?Right from my primary school, I always participate in anything entertainment. I fell in love with acting right from school. So, after school I decided to take it professionally and since then I have no regrets. I was brought into acting by the late Bimpe Adekola (Ireti). She was the one that motivated me into acting. Whenever I watched her movies, I always like her performance, so I said to myself that I would love to be like that. So I went to see Gbenga Adewusi, who introduced me to Araosan, who later took me to Odunfa where I met Taiwo Hassan, Yinka Quadri and Abbey Lanre. I was so happy; it was like meeting Michael Jackson. So they accepted me and I received my training under them.

For how long have you been in the profession?

So how has it been since then?

It has been rough and tough. At the same time, it has been full of fun. There is no job without its own challenges, but so far, it has been fun. This is what I have passion for, so I have had no regret at all.  I went through series of challenges but since I don’t see myself doing any other thing except acting, I trudged on. The experience has been good and nice.

How many movies have you produced on your own?

I didn’t start producing my own movies until 2004. If you know me very well, I am not that kind of person that jumps into movie production simply because others are doing it. I received very good training, that is the reason I was able to come out with good films. I can’t be producing films every other day because my films gulp lots of money unlike those who spend peanuts on their movies. I take my time to produce.

Are you working on any movie for now?

Yes, I am working on a movie.

You are now a mother. How do you feel?

In fact, this is the greatest thing to have happened to me. I am exceedingly happy to be a mother.  I am so grateful to God that He has counted me among mothers. This is what I have wished for all my life. Motherhood is sweet!

How did you feel when the father of your daughter rejected the pregnancy?

It was shocking and I felt bad but it was nothing to me. During that period, I didn’t allow it to bother me too much. My primary aim then was to have a safe delivery and to God’s glory I was able to have that. The scandal was too much then, but I didn’t allow it to affect me.

Did you ever consider abortion as an option then?

Never! I rebuke that in Jesus name. This is what I have craved for. This is what many rich men and women cannot afford to buy with money and God now blessed me with such gift. It never crossed my mind because I considered her (the baby) a gift from God. Why should I abort the baby? You needed to see me then. I flaunted the pregnancy anywhere and everywhere. Although attempts were made by some people to get it terminated but the God that I worship did not allow this to happen.

Who are those people?

I wouldn’t want to talk about them. But I was attacked physically and spiritually. But thank God as He proved Himself to them.

Right now the baby is here, what is the relationship between you and Dino Melaye?

Relationship? Seriously, I wouldn’t want to talk about it. What is more important is that the baby is alive and I pray to God to give me long life to take good care of her. As I said earlier, she is a gift from God.

Since you don’t care about the baby’s father, how do you intend to raise the girl all alone?

Every mother has good plans for her child, but I don’t think you expect me to start revealing that on the pages of newspapers. I have good plans for her but this is between me and God. He has never disappointed me and I am sure He will not do that now. He has proved to me how mighty and wonderful He is.

When do we expect you back in the industry?

I will be back on location soon.

Prior to your maternity break, you were lying low, was it deliberate or what?

Yes, it was. It was after my last movie, Igboran San. I was busy moving round the world with the movie. I was in the UK, Canada, US. I was also in many states of Nigeria to premier the movie. So, this has kept me away.  I just felt that I can’t be thinking of promoting my own film and be moving from one location to another. That was the reason.

How have you been able to deal with bad press, and which one would you consider the worst?

The worst so far was the story by a soft sell magazine that I slept with a waiter in a hotel in the United States while I was on a visit to see my boyfriend. That story jolted me because as at that time of writing the story, I was still here in Lagos. In fact, I haven’t obtained my US visa then, so I wondered the source of that story. Even my boyfriend too came to Nigeria to check my international passport, thinking that I came to the US without his knowledge.

Given your experience with Dino Melaye, do you still believe in love?

Why not? The fact that a man breaks your heart does not mean that you shouldn’t pick up the pieces and move on with your life. It won’t stop me from giving my heart to another man. I only need to be careful with the kind of man that I will open my heart to.

What would you say life has taught you? 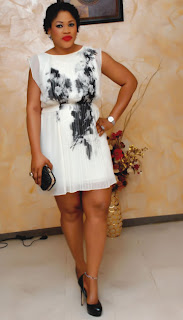 Did you experience the issue of sexual harassment while growing in the industry?

Sexual harassment is not peculiar to our industry alone, we have it everywhere. But I will tell you that I never experienced such during my training with the Odunfa caucus. We have thorough professionals in that caucus who have no time for such frivolities. Don’t get me wrong; I am not saying they don’t ‘toast’ ladies, but it is left for you to accept or not. They will never force you or consider it before giving you roles. I get my roles on merit not by sleeping around with producers. But I did experience this with some movie marketers who insisted that they must sleep with me before giving me money for production. But I called their bluff.

[Interview culled from The News]