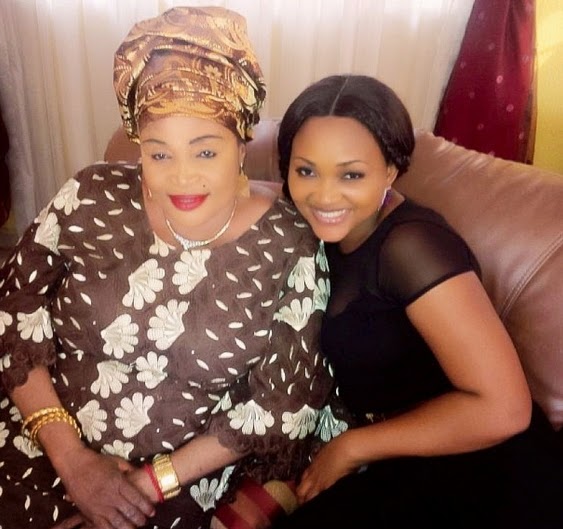 “Education Is The Only Currency That Will Pay Your Life Bills”

Veteran Yoruba actress Modupe Johnson popularly called Fali Werepe in this recent interview with Encomium Magazine talked about her life as an actress, the importance of education and many other issues.

Who gave you the name Faliwerepe and how did it stick to you?

The name Faliwerepe came through the famous Yoruba soap of the late 80s and early 90s titled “Bata Wahala” by Ajimajasan.
That soap had a very interesting storyline of a man who married 27 wives and I happen to be the last wife and I was the most troublesome and cantankerous in the house hold. And because of my cantankerous nature I was tagged as Faliwerepe which came from my name Falilat in the soap. People started calling me Fali-Werepe, meaning that I am troublesome and very, very prone to anger and all sort of things known to people of that nature. Werepe is a plant that once it touches your body, you will just be troubled all day long. So, in a nutshell, I got the name from Ajimajasan’s film Bata Wahala (The crisis laden shoe)

Your voice and mannerism in life tallies with your character in the movies, will you say that is truly who you are in real life?

Ah, ah, that can never be true. I can never be Faliwerepe in the movie and be Faliwerepe in real life. Faliwerepe is different from Modupe Johnson and Modupe Johnson is not Faliwerepe. The truth is that we only use our adopted characters in movie roles to illustrate things or serious issues of life. For instance, the movie Bata Wahala was used to correct the ills of polygamy in the society; do you know that after that film, we saw a lot of Nigerians who had more than a wife came and reduce their harem. It was a big eye opener for them because there is no how you will gather a harem and you won’t have a Faliwerepe among them, so, my character in the movies is not my personality in real life. It is just the other side of me that teaches people on serious issues of life. I am a gentle person by nature although I don’t condone cheating.

Can you say your inability to be educated in life have robbed on your success in the movie industry?

Far from it, yes I can say I still feel guilty that I didn’t get a full education but let me also tell you that nothing an educated person has gotten that I have not gotten through movie. Through acting I have raised educated children and travelled all over. I have built houses and when I say houses, I won’t like to say maybe it is one or two. But at least I am a landlady through my gift of acting. I have travelled to several countries of the world and the last time I went to America I was even making jest of myself; I said when we were growing they used to sing that “Bata Re a dun koko-ka (2ce) to’o ba kawe re, bata re a dun koko ka” (Your shoe will make the Kokoka noise (2ce) if you read your book, your shoe will make the Koko ka noise”. And I said, ‘look at me, despite the fact that I didn’t read my shoe is still doing ko-ko-ka . What if I now read (Laughter). But the fact remains that education is the best asset you can give a child, no matter how gifted the child is, you must give education to that child, for me, maybe my rare creativity as an actress made some way for me. My peculiar nature, my peculiar creativity and all that but not withstanding, I will always advise young people especially the female child to go to school. Life changes everyday and education remains the only current that will pay your life bills.

What would you say are the major challenges of being a veteran actress especially with the emergence of young actresses all over town?

I can’t say one is outdated in stuff, you can not be taken out of your own stuff; there will never be two Faliwerepe, there will never be two Iyabo-Oko, there will never be two Mama Rainbow, you are what you are by the special grace of God. Yes, we reinvent ourselves because change is the only thing that will last a decade or a century. And for those emerging girls, we also try to educate them and put them through; life can never be rich without the advice of the elderly. You must listen to those who have seen it earlier before you, that is why God made it for us to have our fathers and mothers before we become adults. Talking about being a veteran actress, I will say that does not affect my stuff as an actress but in terms of make up, I am above 50 and at times, when your body is aging, things you do as a young person might start eluding you. For instance, I like laying my eye lash as a young girl but now, if I try doing it the thing will just slip up and become a total mess, so what I do is that I go along with my make-up artiste anywhere I go.