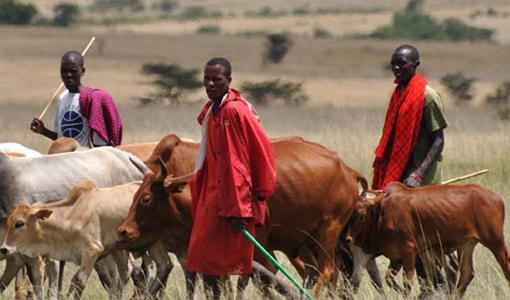 Residents of Imo Arigidi area of Akoko N LGA of Ondo state are currently living in fear of reprisal attack after a farmer allegedly killed a 26-year-old Fulani boy who took cattle to graze on his farmland, destroying his crop.

Shortly after killing the herdsman, his colleagues overpowered the farmer and hacked him brutally but he survived the attack.

The farmer was rushed to Ikare Akoko Specialist Hospital where police are guarding him.

Residents of the area said the Fulani Herdsmen later invaded the town in an attempt to carry out a reprisal attack but they were stopped by Policemen from Okeagbe division.

The chairman of Fulani Association of Ondo state, Alhaji Garuba Bello urged his colleagues to see the killing as an act of God.

He urged authority to do justice as the deceased herdsman was the only child of his mother.