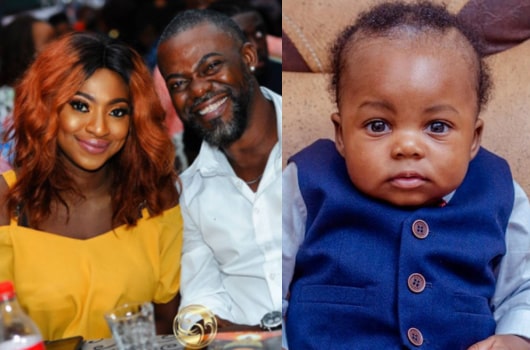 The actress who married veteran actress Bukky Ajayi’s son in a low-key settingsin Lagos on the 4th of February 2017 is now a single mother.

In a recent chat with Pulse TV, the actress said she moved out of her husband home last year April.

She added that her husband wasn’t there for her through out their short-lived marriage. (NaijaGists.com)

The actress said she was prompted to move out because her husband wasn’t talking to her.

Yvonne said when her hubby turned cold, she believed the marriage ‘s over.

The best friend she was talking about is Bimbo Akintola.

Watch the 22 minute long interview below.