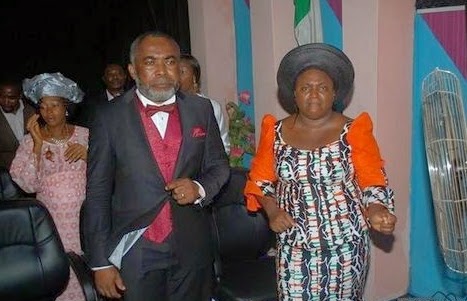 March 28, 2015 – Pastor Zack Orji Talks About Calling From God “I Became Born Again In The University”

In a recent chat with The Beats, Nollywood actor turned Pastor, Zack Orji talked about his calling from God and how his bishop discovered the gift of God upon him.

This is in response to a story claiming Zack Orji paid an undisclosed amount of money to become an ordained pastor.

“Everybody has an aspect of God in them but some people get ordained to do it. I have been in the ministry for a long time. I have been with the Christian Central Chapel International Ministry for more than 15 years and my two daughters were born there. I am a senior member of the church. My bishop just ordained me because of the works that I have been doing. Even before I was ordained as a minister, I had been given invitation to give inspirational talk and preach in churches in different places. Whenever I got such invitations, I normally notified the bishop and he would give me his blessings to go.

“It is not as if I went and sought to become an ordained man of God, it had been brewing in me and my bishop had seen that I had a calling, so he ordained me. I had been born again even before I came into the entertainment industry. I gave my life back in my university days,” he said.