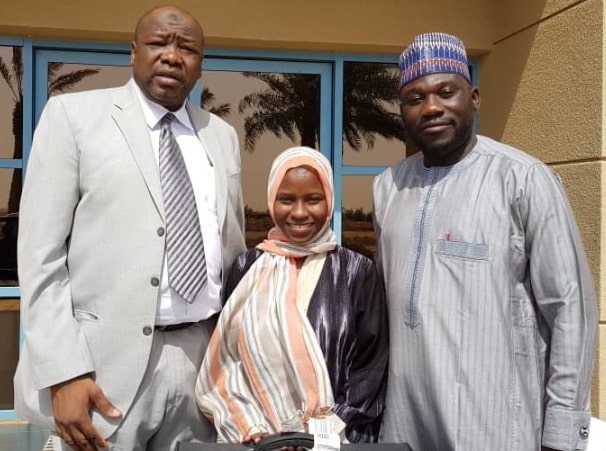 Another victim of staged drug trafficking, Zainab Aliyu has regained her freedom after months of detention in Saudi Arabia.

Zainab Aliyu who was arrested in Saudi last year after narcotics were discovered in her bags was set free shortly after the arrest of a syndicate trafficking drug to Saudi Arabia by concealing them in travel bags of unsuspecting Hajj pilgrims.

22-year-old Zainab a student of Maitama Sule University in Kano was arrested after Tramadol was found in her bag back in December.

She claimed that it was planted in her luggage by unknown persons.

Saudi released her following the arrest of the syndicate planting drugs in bags of travellers from Mallam Aminu Kano International Airport.

Many people like Zainab Aliyu have been beheaded for no just cause in Saudi Arabia.