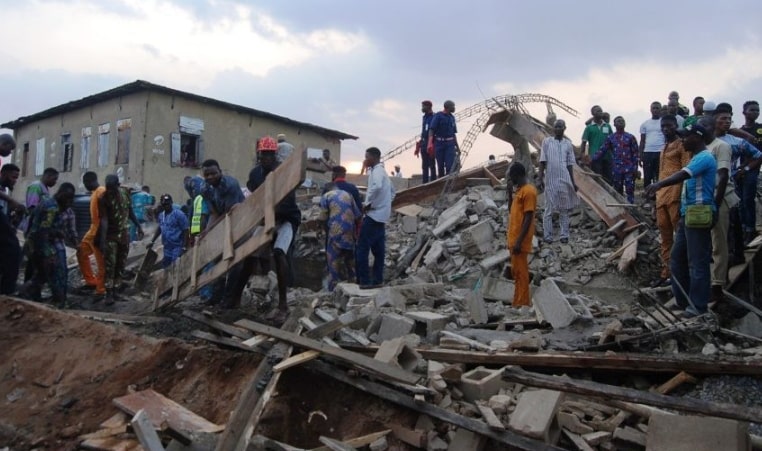 8 people were today injured today in Ibadan when a 2-storey building under construction suddenly crumbled.

According to the NAN, the building located on Eleyele road in Jericho area of Ibadan collapsed at about 4.pm.

One of the bricklayers at the site, Mr Kazeem Adebayo, said concrete casting on a portion of the building had started when it gave way.

Adebayo said that a portion of the building began to give way at about 3.30 pm and the attention of the site engineer was drawn to the development.

He alleged that the engineer ordered them to continue work only for the building to collapse shortly afterwards, injuring those working close to the collapsed portion.

An official of the Nigeria Security and Civil Defence Corps, Dada Abinmbola, told NAN that nobody died in the incident while the injured had been taken to Jericho Specialist Hospital for treatment.

Mr Olatunji Bolu, a representative of the Architect Registration Council of Nigeria, said the body was still investigating the cause of the incident while the outcome would be made public.

NAN reports that the task force of the Oyo State Bureau of Physical Planning and Development Control had already sealed the building while security agents were sighted keeping vigil at the site.

It would be recalled that a two-storey building had collapsed in the Sogoye area Ibadan on March 15.