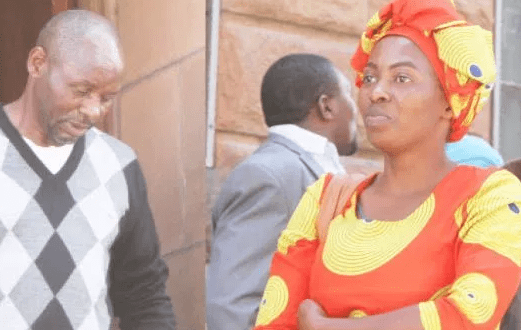 A man identified as Jacob Chinovatira has been jailed for allegedly disrespecting his mother.

According to B Metro, the 46-year-old native of Chirumanzu in Zimbabwe allegedly corrected his 62-year-old mother , Ronica Chishanu with beatings for disrespecting him by sleeping out without his permission.

He appeared in court this week where he was charged with one count for assaulting his mother.

In his defence, he claimed that he felt disrespected by his mother’s conduct and the way she responded to his query when he asked where she was coming from and where she had spent the night.

He said, his mother replied by saying he was not her husband and have no right to inquire about her activities.

So he attacked her with his fists and kicked her as she lay on the ground.

“Your worship, l felt disrespected and l did not like the way she responded to me after l asked her where she was. I am the head of our homestead and as such, she must show me some respect,” he said.

The Magistrate who didn’t take Jacob’s act of disrespect lightly sentenced him to 10 months in prison with no option of fine.