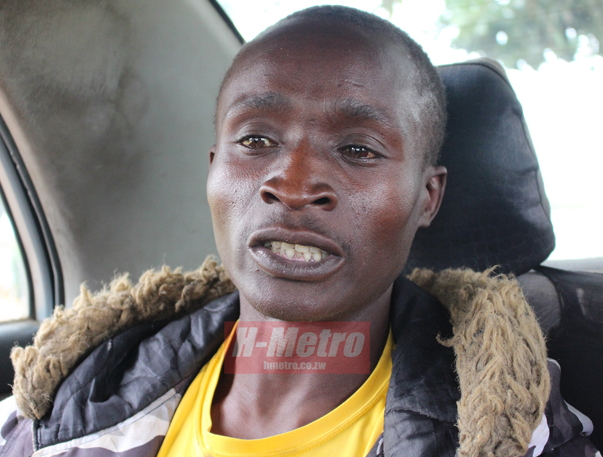 A self-styled prophet is a tormented soul ever since having sex with a member of the Nyau cult.

Pachawa said since the encounter, a mysterious snake is in the habit of penetrating him from his behind every day.

“Sometimes I feel it is much better for me to die than to continue to live the life that I am living.

“Mysterious things have been happening to me ever since the day I had sex with Sheila and I now regret the decision I made of having sex with her.

“Whenever I explain my situation to people some think I am insane and others would cut communication ties with me.

“This does not happen spiritually but the snake comes in its physical state and I even have scars on my behind to prove what I am saying,” said Pachawa.

He added that he has since lost his prophetic powers he possessed as a result of being intimate with the woman.

“When I reflect at what is happening in my life, I am reminded of the biblical Samson who lost all his powers after sleeping with Delilah.

“I loved Sheila very much and she was beautiful and above all we had great sex since she would do Chinamwari because of her Nyau background but I am now a nobody because of the love I had for her.

“I have been a prophet all my life and a lot of people would come getting help from me but I have since lost all the powers I had after sleeping with her,” she said.

Pachawo added that he has been looking for Sheila but she has been deliberately avoiding him.

“This has been happening for the past three years and at first I tried to keep it a secret but I have decided to open up hoping to get help.

“I have tried my best to seek audience with her so that she releases me from this curse but she deliberately avoids me.

“I have been to Sheila’s parents’ house and I even offered to pay but they refused my offer.

“I am now desperate for help, I have been going to different pentecostal prophets seeking help,” he said.

Meanwhile, Sheila’s Mbuya Taibu said she will only accept Pachawo’s compensation if her daughter who had sex with him approves it.

“I am aware that he (Pachawo) cohabited with Sheila and that is unacceptable.

“I am also aware of the situation he has but I can only accept the compensation if Sheila allows us to receive it,” she said.

Nyau is a spiritual society of the Chewa people, who are well known because of their masquerade dances, “Gule Wamkulu” (the “Great Dance). Dances occur during public holidays, anniversaries and funerals and participants dance the night away. They are possessed by the spirits of the mask, called “nyama” (of the animals) and “mizimu” (of the ancestors).
In some Chewa villages Nyau can injure or even kill a person without being prosecuted by the local authorities. Anyone from the community can pay Nyau and send them to murder his enemy, and no one will search for the killer in this secret community.