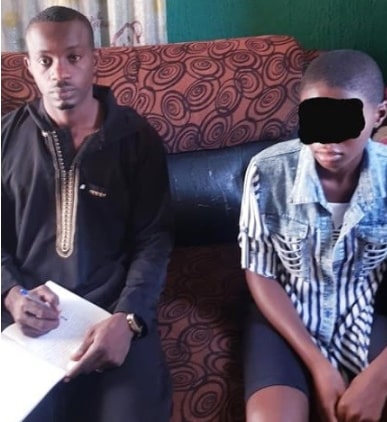 A young girl identified as Stella is currently pregnant for her alleged rapist.

The girl who was raped in Ovwian community by a man simply identified as Mr Frank was rescued after she was spotted attending antenatal classes at a private hospital in Delta state.

According to top Human Right activist, Israel Joe, Stella was raped when she visited her grand father in Ovwian on the 26th of January 2019 .

Mr Joe has petitioned the Burutu Area Police Commander for the fleeing suspect to be apprehended and charged to court.

See a copy of the petition below 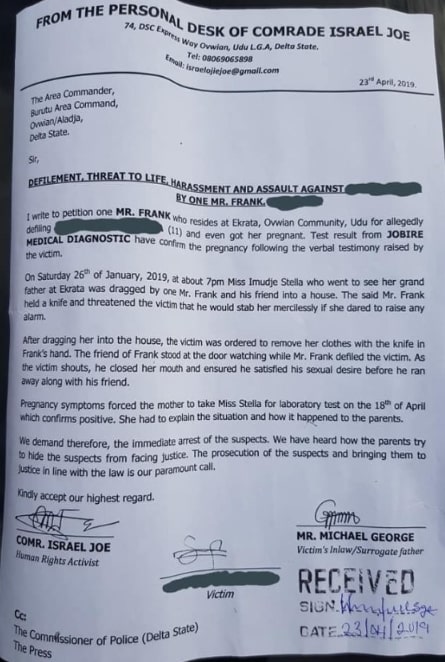