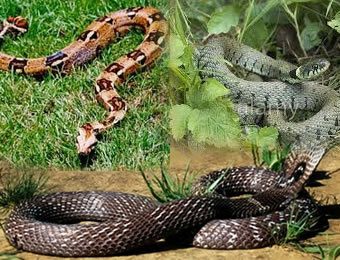 Residents of Langtang North LGA of Plateau State are now living in fear of being attacked by snakes and other dangerous reptiles while no fewer than 1,500 cases of snake bites had been treated by a community-based health centre in the past 10 months.

A medical officer attached to rural outpost of Jos University Teaching Hospital in Zamako, Dr Isitifanus Bako, who disclosed the prevalent rate of snake bites in the council, said most of the victims were youths, who dipped hands into rat holes, cattle rearers and farmers.

Dr Bako, who said the number had continued to rise with more patients being brought in on a daily basis, added that on the average, the health centre recorded three to four cases daily and could increase to 10 on a bad day.

Said he: “The patients keep coming and we have run out of bed space. Some are admitted and accommodated on benches and corridors. But only two deaths were recorded this year, unlike 2015 when close to 10 people died as a result of snake bites.

Dr Bako, who implored the residents of the local government to desist from taking victims of snake bites to traditional doctors, said such approach often complicated the situation whenever they were reported to the medical centre, adding that this had led to the death of some victims in the past.

“Some of those who died did not come to the hospital early as they first visited traditional healers and when they discovered that it was not helping their situation, they came to the hospital. Such delay usually leads to intra-cranial hemorrhage; when that happens, the efficacy of our anti-venom, transfusion, vitamin K and other treatments could be affected,” he explained.

The medical practitioner attributed the large number of snakes in the area to the peculiar sandy terrain, noting that the sand usually gave the snakes an excellent habitat and ease of movement adding that venomous vipers, which were common in the area, also use the sand as a good camouflage.

Opinion: There Should Be No Escape For Looters & Corrupt Nigerian Politicians
Yoruba Actor Sanyeri’s Sexy Wife Now Sees Him As A Mere Friend