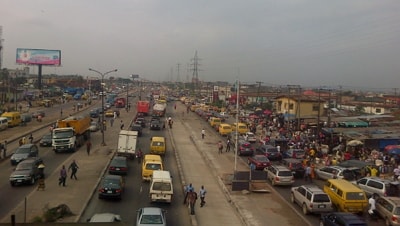 A Magistrates’ Court in Ikeja today remanded a teenager in a correctional home over alleged indecent assault of a six-year-old girl in the toilet.

The Magistrate, Mrs B.O. Osunsanmi, who gave the ruling, said the 16-year-old boy should be kept in custody pending advice from the State Director of Public Prosecutions (DPP).

The teenager, who resides at Abule-Egba, a Lagos suburb, had pleaded not guilty to the indecent assault charge.

The Prosecutor, ASP Ezekiel Ayorinde, told the court that the teenager committed the offence on April 7 at Abule-Egba.

He alleged that the boy had thrust his fingers in the girl’s private parts.

“The minor went to buy sweet and the accused snatched it from her and ran and the girl ran after him.

“He ran into a toilet and the girl also followed. He closed the toilet door and removed her pant and put his fingers in her private parts and also sucked her breasts.

“When he wanted to insert his sex organ a man entered the toilet, saw the scene and raised alarm.

“The accused was handed over to the police,” Ayorinde said.

The offence contravened Section 134 of the Criminal Law of Lagos State, 2015 (Revised).

The case was adjourned until May 28 for mention.