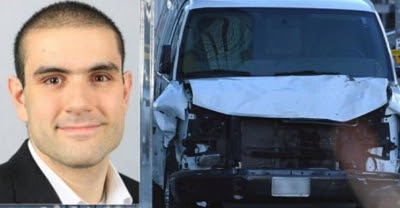 The young man who killed 10 and injured 13 others in North York area of Toronto yesterday has been charged. 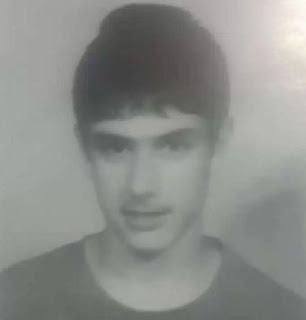 25-year-old Alek Minassian, a resident of Richmond Hill appeared in court today escorted by his father where he was charged for the senseless and horrific attack that took so many lives. 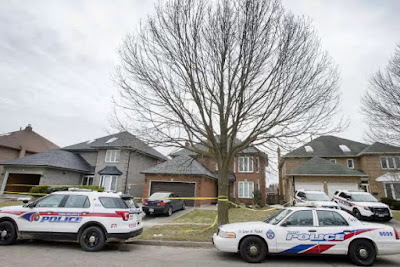 Minassian, a Canadian with Armenian root is described as a loner who might have suffered rejection in the past.

His  inability to find love seems to be the motive for the attack.

The student of Seneca College will appear in court via video on the 10th of May 2018.

Here is how the suspect hailed US Mass Murder Elliot Rodger in a Facebook Post hours to the attack. 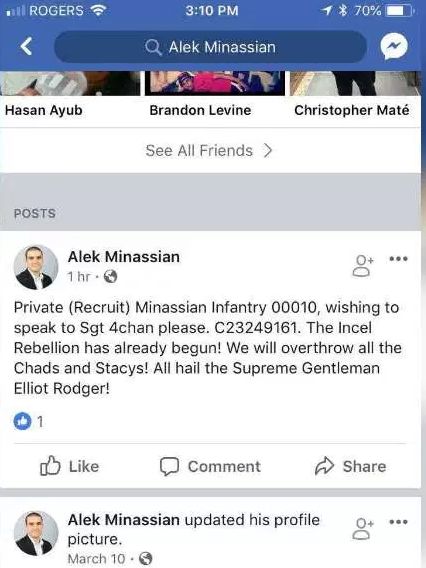