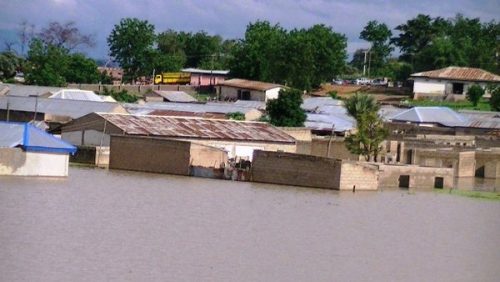 The first rainfall of the year which started around 4pm and lasted for only 40 minutes ravaged farmlands and destroyed residential buildings.

At least 100 buildings were damaged in Odo Oro, Temidire, Aiyede and Oke Ijebu towns in Ikole.

Some of the victims who spoke with NAN yesterday appealed to Governor Fayose to come to their rescue.

Continue Reading
You may also like...
Related Topics:first rainfall of the year, ikole ekiti state