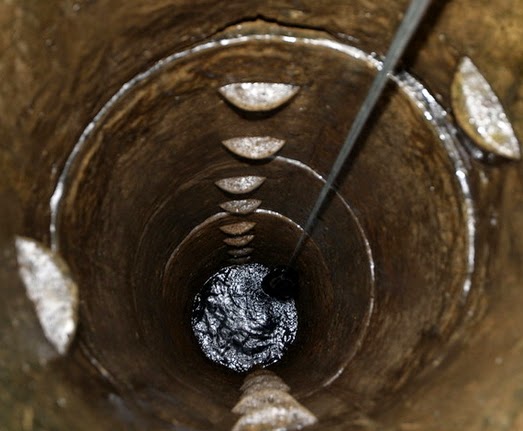 2 cousins have died in a mysterious manner in Ai’Oga community in Oglewu District of Ohimini LGA of Benue State.

The victims, Odeh Ogbo and Edoh Christopher, aged 20 and 25 respectively were said to have lost their lives while they were attempting to clear refuse from a well in Ojali community where they reside.

According to eye witnesses from the community, one of the deceased, Ogbo had entered the well that serves the community with water and was trying to clear refuse from it when he suddenly got stuck and died in the process.

His cousin, Christopher was said to have rushed to the scene and in an effort to rescue his cousin, entered the well when he also got stuck in the process and died.

A member of the community, John Inalegwu described the incidence as a rude shock which have put the entire community in a state of mourning and wondered what must have been responsible for the tragedy.

Meanwhile, the Otukpo Police Area Commander, Mr. Samuel Dra-Koji, when contacted, lamented the death of the youths in such tragic circumstance and sympathized with members of the family.