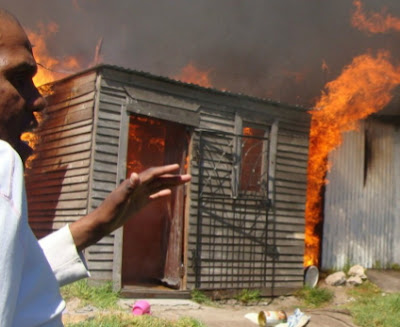 An 8 week-old baby boy and his brother, 2 year old Kenneth were last night killed after fire razed their makeshift home in Gbagada area of Ifako Lagos.

The incident happened around 10:30pm at 31 Shosanya street in Gbagada.

According to sources, the children suffocated to death when a candle left unattended to caused fire outbreak and engulfed the shanty.

The woman reportedly left the children around 10pm and by the time she returned, the kids had choked to death.

Neighbours who saw the fire recovered the bodies of the kids and handed them over the Ifako Police division DPO, who urged parents to be safety conscious when dealing with children.

The woman was invited for questioning as the whereabouts of her husband is still unknown.