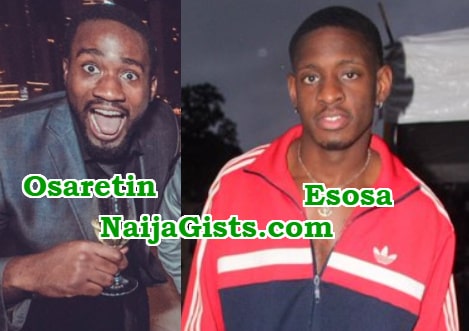 The family of ex-Governor of Edo state, Lucky Igbinedion is bereaved.

They lost one of their own in a fatal crash that happened in the United States of America on Friday afternoon.

Scene of the fatal accident

According to a family friend of the deceased, Barrister Uwoghiren Jefferson, Lucky Igbinedion 2nd son, Osaretin Igbinedion and his cousin were crushed to death by a truck in Dallas Texas on Friday the 15th of February 2019.

Here is how Barrister Jefferson broke the news on Facebook early this morning.

The source said his vehicle was crushed by a truck yesterday.

Another source based in Dallas said Osaretin appeared intoxicated just before he set out for the journey of no return.

Sadly, his cousin, Lubbock Texas based University Undergraduate Esosa Oyemwense also lost his life after their car collided with a truck.

Here is how friends of Esosa remembered him few hours ago.

Here is How US Media, KCBD is reporting the fatal crash.

UPDATE: The two men killed in a collision between a freight truck and a car near North Slide and Clovis Highway have been identified as 23-year-old Igbinedion Osaretin and 21-year-old Esosa Oyemwense. https://t.co/wzxmfXjOxZ

Photos From The Scene Of The Crash

May Osaretin soul and that of his deceased cousin rest in peace.