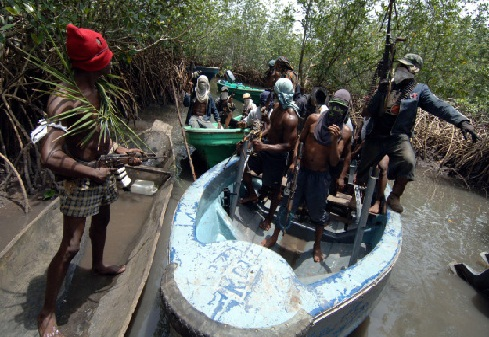 According to witnesses, the criminals escaped around 12:20pm in 2 speeding boats.

Bayelsa Police Spokesman, Astimin Butswat  who confirmed the attack said the corpses of the policemen had been deposited at FMC mortuary for autopsy.