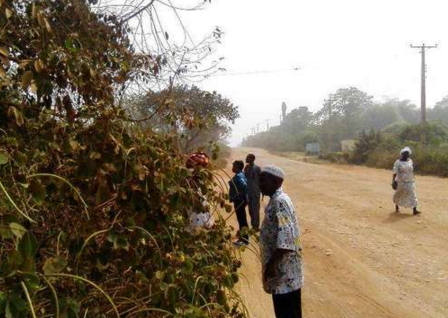 2 young men identified as Jimoh Bello and Korede Ayofe  have been arrested over the possession of a human head.

According to police investigations, the suspects committed the offence over the weekend at Iwo in Iwo LGA of Osun State.

The men armed with a sharp knife, a hoe and a motorcycle were intercepted by the police patrol team, who acted on a tip-off.

Sources said the head found in their possession was already decomposing as bad odour oozed out of the container in their hands.