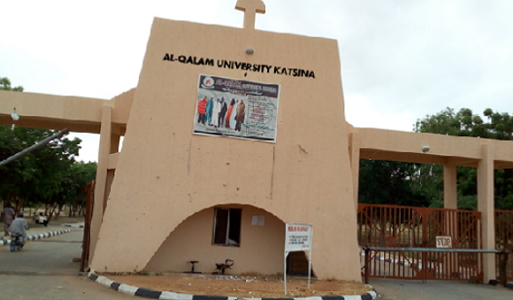 In the wee hours of today Sunday the 24th of June 2018, some gunmen invaded invaded Bagiwa village in Mani Local Government Area of Katsina state killing two students of Al-Qalam University, Katsina, injuring one and kidnapping another.

A spokesman of the family of the students, Alhaji Lawal Bagiwa disclosed this to NAN in Bagiwa.

Bagiwa said that the gunmen also shot and injured the victims’ 60-year-old mother and kidnapped their elder brother, Umar.

He further disclosed that the gunmen, who invaded the village around 1:15am on Sunday, attacked the family house, shooting indiscriminately without demanding for anything.

Bagiwa stated that since the gunmen left with their brother they had not yet establish contact with them.

He said that the family could not figure out the motive behind the killings and kidnapping.

Bagiwa said that the Katsina State Commissioner of Police had visited the house and promised to rescue the kidnapped victim.

The Public Relations Officer of the command, SP Isah Gambo who confirmed the incident, said that the police was ninvestigating the matter. (NAN)