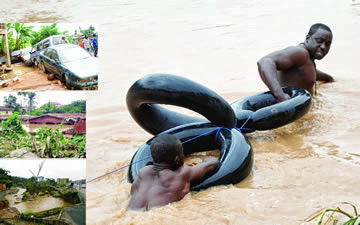 Several bridges across Ibadan, were covered by the flood, making residents to stay indoors Monday. 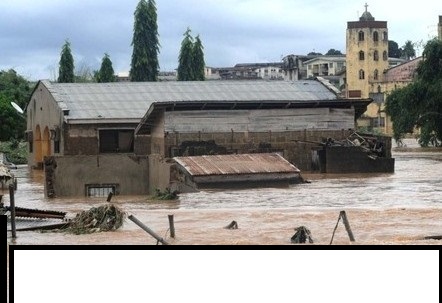 The submerged bridges include the 7up/Elebu bridge in Oluyole Estate, which prevented residents, including pupils and government workers, from leaving their homes.

Some of the people, who spoke to NAN, however, bemoaned the sudden increase in the cost of transportation, adding that most commercial motorists even declined to convey people to long distances.

Mrs Blessing Joshua, a housewife, lamented about the continued downpour since Sunday evening.

“What kind of rain is this? I went to the market to buy some foodstuff, only for me to come back empty-handed because most of the sellers were not present.

“Even the few available traders increased the cost of things in the market; I hope this is not the seven-day rain which, as some people predicted, would fall in September,’’ she said.

Mr Abdullateef AbdulGafar, a commercial motorcyclist, said: “I would not have gone to pick my customer if he had not paid me for my services earlier.’’

Mrs Rasheedat Rufai, a teacher of Ansar-Ud-Deen High School in the Liberty area of Ibadan, said that the school’s academic activities had been paralysed due to the deluge.

She said that most of the teachers and students failed to come to school on Monday.

Several major roads and streets of Benin City, capital of Edo state in southern Nigeria were Monday flooded following a heavy down pour that lasted for over fifteen hours.

Homes were also flooded and scores of cars that attempted to wade through the water-logged roads were abandoned.

The rain which started at about 2 am and continued till about 6pm when this report was filed, paralysed all forms of business activities in some areas in the city, forcing many people to stayed indoors.

Even the deep roadside and underground drainages constructed in several parts of the city could not contain the attendant flow of water. Roadside drainages were overflown as a result of the intensity of the rain, turning several roads to rivers with high current.

Among the roads seriously affected by the flood were Uselu-Ugbowo Road, Sapele Road and Dumez Road.

Many residents were seen erecting emergency barriers in their premises under the rain to prevent the resultant flood from overrunning their houses, while others were seen bailing the flood water from their houses.