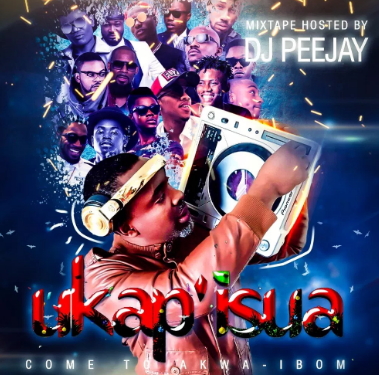 Mr Victor Antai, state Commissioner for Culture and Tourism, who made the disclosure in an interview with NAN in Uyo, listed other acts to include Tekno, Phyno and many more.

He said more than 100,000 fun seekers are also expected at the “Ukap’isua’’ groove which means the end of the year Christmas festival and would feature musical concerts, dance party and beach competitions.

According to him, the star studded event will also include a parade of five bands along the carnival routes, University of Uyo mini stadium – Ikot Ekpene road – Aka road – UdoUdoma Avenue – Unity Park.

He said that five bands have been named after tourist attractions and historical features in the state such as, Blue River Band, Rolling Hills Band, The Beach Town Band, The Bridge Band and The Plaza Band.

He said, “the bands are named after tourist attractions and historical features in the state.’’

“The bands will further expound on the significance of their respective tourism features in their costumes, presentation and parade, thereby helping to market the tourist potentials of the state.’’

“Following our highly successful outing in `Orange September,’ a series of events organised to commemorate the 30th anniversary of our dear state.

“The Ministry of Culture and Tourism under my supervision has decided to undertake another major event in our conscious and regular efforts to further stamp the state as a tourism destination.

“As we all know, yuletide periods in the state have hitherto been bereft of hyped activities.

“During this period we usually witness an outflow of human traffic into neighbouring states as indigenes and fun seekers leave the state in their numbers to other parts of the country in search of entertainment and recreation.

“It is in an attempt to remedy this and spice up the yuletide experience for the citizens of Akwa Ibom State, while effectively marketing our huge tourist potentials that the Ministry has decided to host “Ukap’isua.”

“We hope to create during this same period, a unique experience that will not only create recreation and entertainment, but also market our huge tourism potentials,’’ Antai said.

He explained that “Ukap’isua would commence with the opening of the festival village, located at the auspicious Ibom Unity Park, Udoudoma Avenue, Uyo.

Antai said that the festival village would host relaxation spots, shopping stalls and other recreational facilities.

The commissioner expressed the commitment of the state government to focus on tourism as major source of revenue generation and jobs creation rather than depending solely on oil.

Continue Reading
You may also like...
Related Topics:Christmas, end of year, Festival, uyo