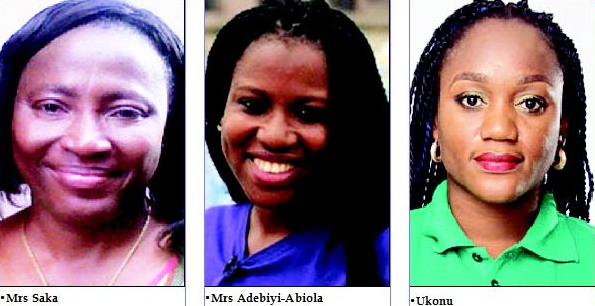 Worried by the tonnes of waste generated in Nigeria and its poor management, some women are making efforts to create a rewarding business out of recycling, writes DANIEL ESSIET.

As the price of imported products soar and the sustainability movement gains momentum, recycling markets have strengthened across the country. Where they were once limited to aluminium cans, soda bottles and milk jugs, there are now recyclables markets for everything.

This has created new opportunities for an increasing number of Nigerians to make money from trash.

One of them is Chief Executive Officer, T. Cynthia Nigeria Limited, Mrs Cynthia Saka. She is making money from selling products taken from landfills. To her, waste collection and recycling is not just a matter of recovering recyclable material; but also part of the economic system.

According to her, there are buyers for waste.

Sometimes she gets truckloads of plastics from collectors. The next step is to get them sorted, packaged and ready to go into the marketplace. This is because there are many companies looking for them. For her, local landfill waste collection is only the beginning of a recycling cycle.

With the expanse of work, she has done in the field, she is a national expert.

While she recycles her waste into plastic products, some of her colleagues are partnering state and local governments, to set up intermediate processing centres or materials recovery facilities. The major cost, they incur include paying the companies and individuals involved in collecting, transporting, and processing recyclable commodities.

According to her, the demand for recycled products requires that the products be cost competitive and of high quality. Buyers, she said, demand that the waste be available in large enough quantities for economies of scale.

A lot of Nigerians have jumped on the green bandwagon. Another is the Founder WeCyclers, Mrs Bilikiss Adebiyi-Abiola. The Chief Executive Officer Wecyclers, is known as the recycling queen. Before Wecyclers, she was a software engineer working for a Fortune 500 company in the United States.

After five years, she quit her job and applied for an MBA at the Massachusetts Institute of Technology (MIT) Sloan School of Management. While working on a project to help households in developing countries, she decided to work on waste – focusing on its uses, collection and processing.

After the project was completed, she conducted more research focusing on Nigeria and saw the potential in the waste recycling sector, especially among the manufacturing plants that are hungry for a cheaper and easily available source of raw materials due to local and foreign demand for end products.

She, then, decided to move the idea forward and Wecyclers was born.

Upon her return to Nigeria, people were initially apprehen-sive. They didn’t know what to make of her obsession with waste. However, when they saw how passionate she was about her idea, how she was able to build and motivate her team, they began to take interest.

WeCyclers is a successful initiative that enables low-income communities to make money from the waste piling up in their streets. It deploys a fleet of cargo bicycles to collect and recycle waste in Lagos. Weekly, these bicycles go to people’s homes picking up a variety of plastics, cans and sachets. The residents receive points via SMS based on the weight of recyclables they collect, which they can redeem for basic food items, consumer electronics, or even cash.

After collection, WeCyclers aggregates the material at the household level to sell to local recycling processors.

Mrs Adebiyi-Abiola said Nigerians should see waste as a resource, not a nuisance or an environmental problem.

With the initiative, Wecyclers, in partnership with Lagos State Waste Management (LAWMA), is encouraging Nigerians to recycle their household items, thereby promoting a cleaner and healthier Lagos.

Co-Founder/Chief Operations Officer (COO), RecyclePoints, Chioma Ukonu, operates an incentive-based scheme which collects recyclable waste materials from consumers and rewards them with ‘points’ which they can accumulate and use to redeem household items, through the startup’s iRecycle store.

The RecyclePoints model is an incentive “Point-Based” collection programme that allocates “Points” to the quantity of recyclable items neatly collected at the point of disposal by post-consumers who in turn use the earned “Points” to redeem numerous identified household items and services.

Subscribers to the scheme are given Green Cards, where items collected and counted are recorded against each week of the month. Recyclers get an SMS notification at the end of the week on the number of “Points” gained.

Thereafter, the points gained could be traded in exchange for equivalent tagged items available at the RecyclePoints “iRecycle Store”.

Redeemed items are collected from the company’s office are delivered to the recycler. Recyclers register to join the iRecycle Network and earn points from various recycling.