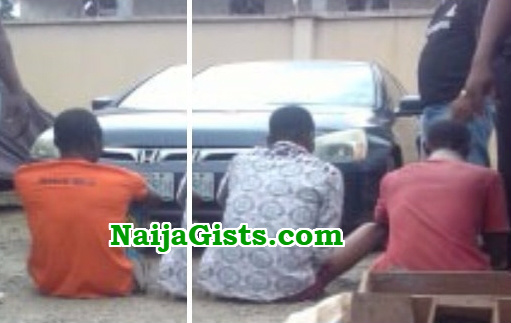 Prosecuting Inspector Chinalu Uwadione said the defendants committed the offences on July 5, at Odonla in Ikorodu.

He said they kidnapped Jammie Lacar and Mario Maglundo, who work with Mateco Industry West Africa, and demanded N4 million ransom for their release.

The defendants also had in their possession arms and ammunition concealed in a DVD player, Uwadione alleged.

Their pleas were not taken.

Wuraola Ogunwusi Begs For Donation For Her Orphanages As She Takes Over Ooni’s IG Pages
Omoni Oboli Appreciates Husband, Says He Is A Good Homemaker