Residents of Highbrow VI Lagos this morning trooped out with kegs to scoop diesel from a fallen 33,000 litre tanker along Ozumba Mbadiwe Avenue.

The truck with registration number KRD280XN was said to have lost a tyre while in motion around 5am which caused a flip through the highway median.

It was gathered that the two compartments of 11,000 litres each detached from the truck and fell on the ground spilling their contents.

In no time, some residents and street urchins surrounded the tanker with jerrycans leaching on the liquid substance.

But for the timely intervention of the police, who chased the young people away and seized some of the jerrycans, there would have been an explosion with devastating casualties on the busy expressway. 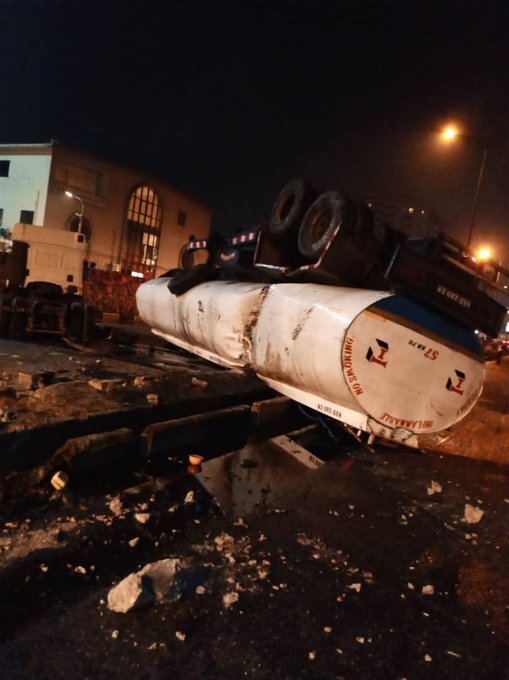 A video of the incident posted on social media showed some of the residents including women moving to and fro with kegs, buckets.

Condemning those scooping fuel on her verified social media handle, actress Kate Hanshaw wrote: “See them. Not caring about their lives. Fetching diesel from the tanker accident. We never learn.”

It was gathered that the Lagos State Emergency Management Agency (LASEMA), federal and state Fire Services, paramedics and policemen cordoned off the area afterwards, diverting traffic to other routes. 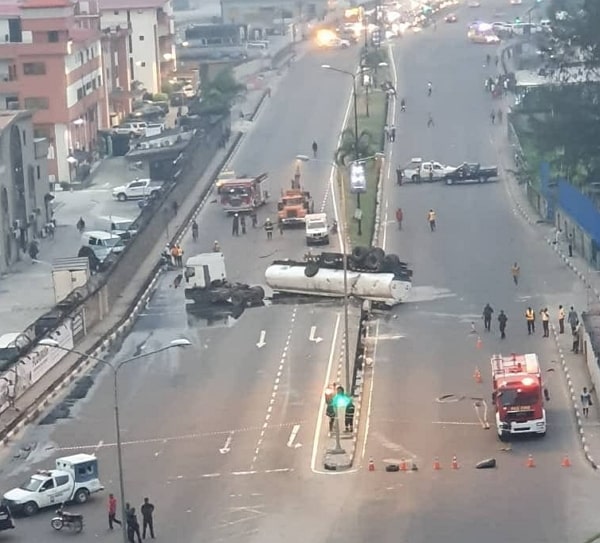 According to the Director General LASEMA Dr. Femi Oke-Osayintolu, the tanker driver sustained injuries and was rushed to the hospital by paramedics.